Wall lamps antique, vintage modern furniture years 40, 50, 60, 70 in this section you can find all of the ceiling lamps available in our catalog. 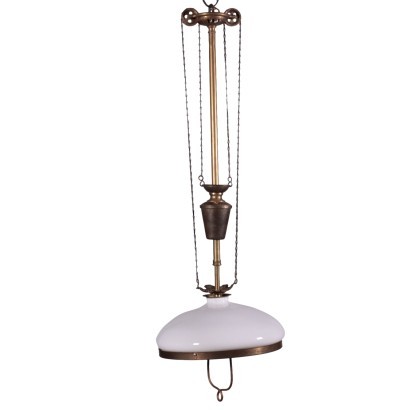 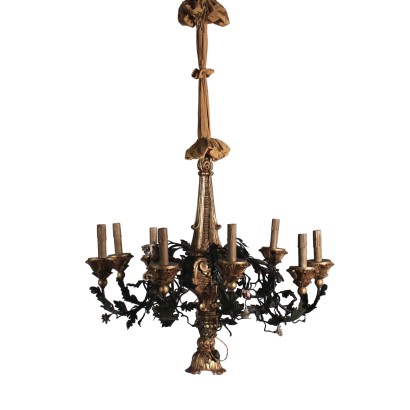 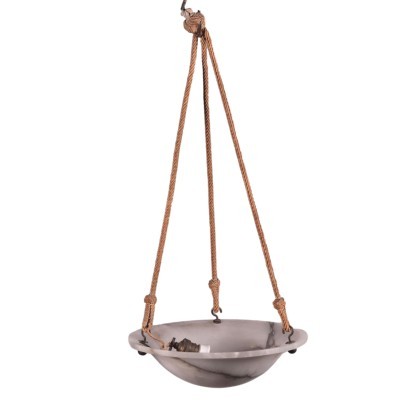 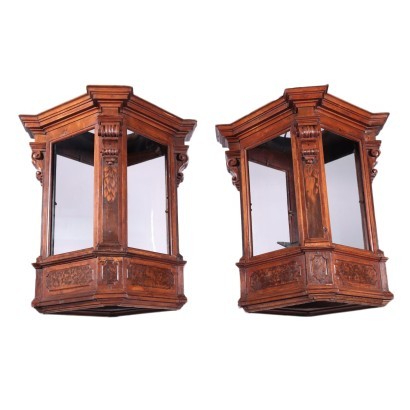 Pair of inlaid walnut Lombard lanterns; dated back to 17th century, the decoration shows some renaissance echoes. The lower band, with squared base, shows tiles painted as fake burl; the four pillars had been painted wirh leafy garlands and end with culy inlaid shelves that support the moulded cornice. On the four sides there are as much movable glass fixed inside with wooden hooks. An access hole on the lower parte and a small gap on top that allows the smoke to get out. 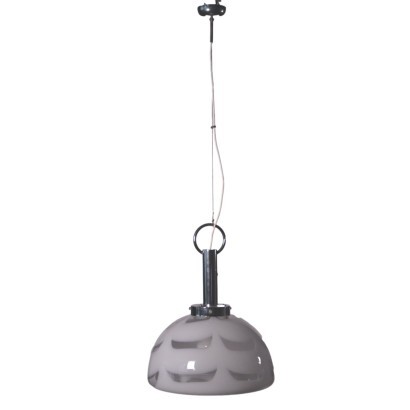 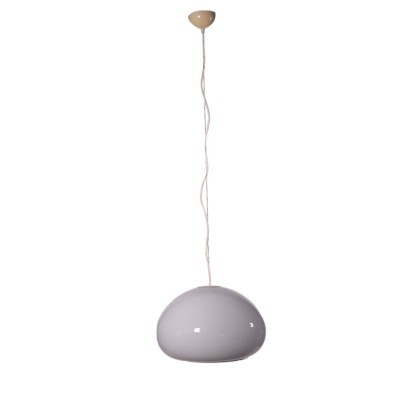 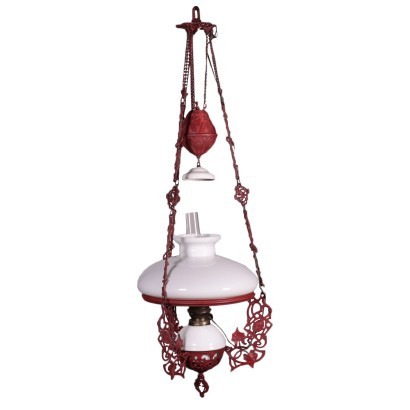 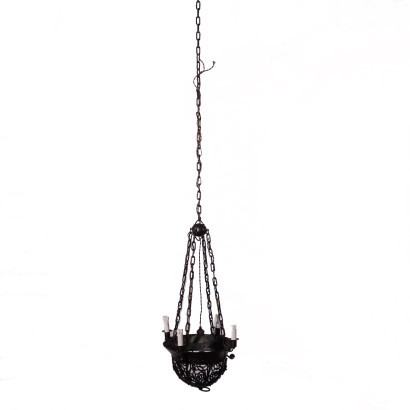 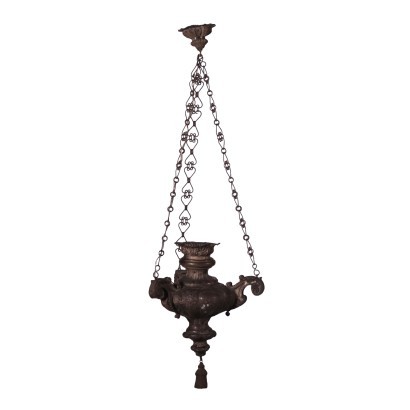 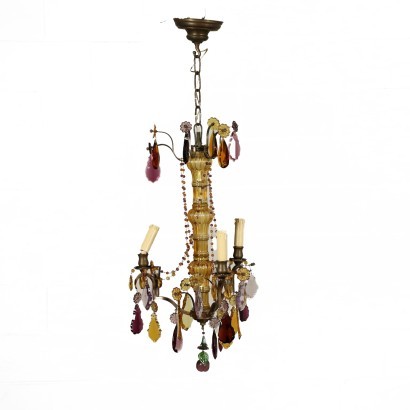 Chandelier dating from the early twentieth century, with three lights. Bronze structure with central turned glass baluster, it is adorned with colored glass pendants, the central one in the shape of a fruit. 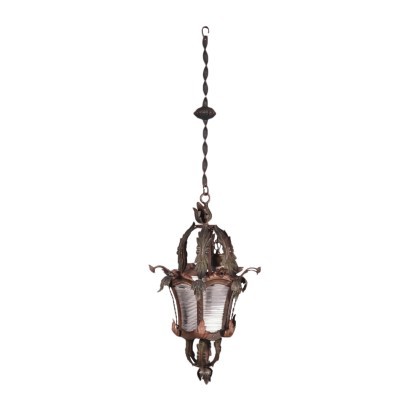 Ceiling lantern in bronze and embossed sheet metal worked with leaf motifs and painted, the side parts have glass rods with a round section. 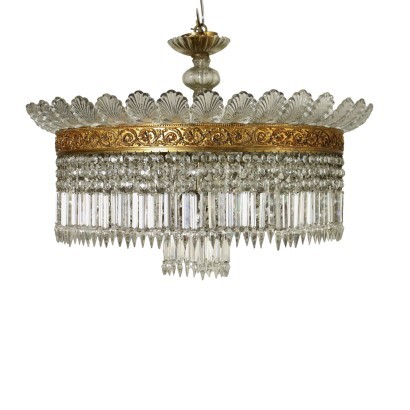 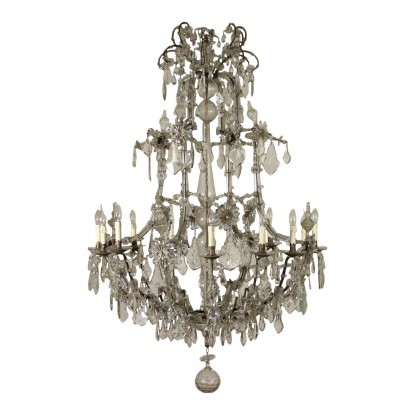 Maria Theresa chandelier with 12 lights, dating back to the end of the 18th century. Iron arms, the supporting ones are covered in glass, the bobeche are in cast bronze. The chandelier is adorned with bevelled glass pendants and worked with different motifs, alternating between them also on the different floors. The central column was probably added in the 19th century. 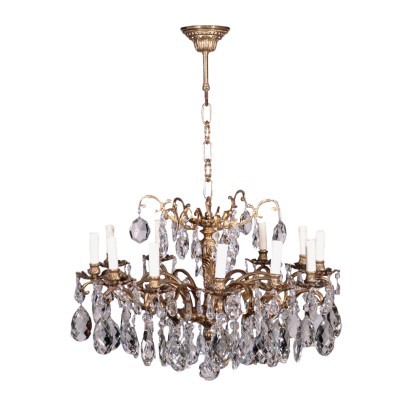 Chandelier with 12 lights in gilded bronze and worked with phytomorphic scrolls, it is adorned with glass pendants. 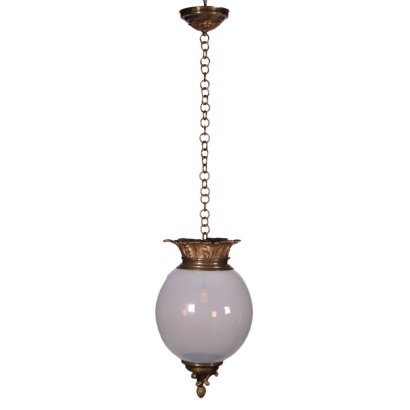 Ceiling lamp in opaline glass, with lower and upper crown in brass, respectively decorated with a pine cone and a leafy crown in gilded bronze. 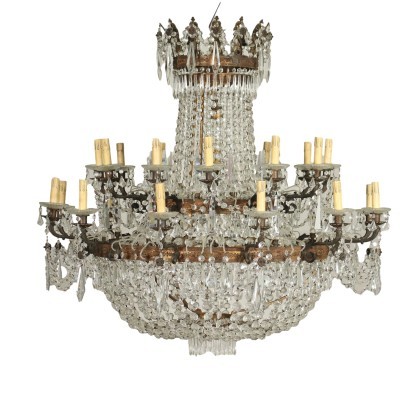 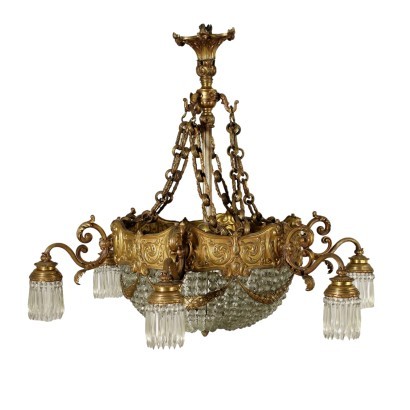 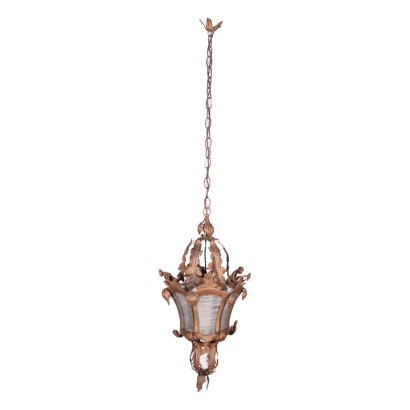 Ceiling lantern in sheet metal worked with leaf motifs, the side parts have glass rods with a round section. 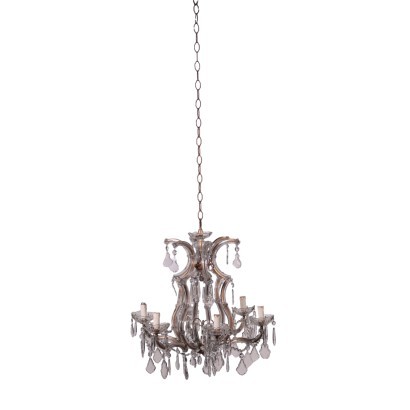 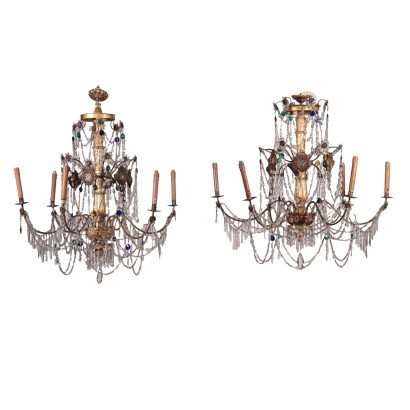 Pair of Genoese neoclassical chandeliers, the central stem is in wood carved with plant motifs and gilded with gold leaf, from which six wrought iron arms branch off to support as many lights, richly decorated with necklaces and pendants in glass and colored glass, in the upper part embossed and gilded sheet metal medallions host mercury mirrors.